America does not need our sympathy, they need our admonitions, the world should be telling the USA were going to stop doing business with you if you don’t stop killing people as a way of life.

I have no idea why they even bother posting stories about mass shootings in the USA, its not even possible to get it through their heads that they have a problem, they think the problem is people who are opposed to guns, that the right to bear arms is so much more important than protecting children or the general public. 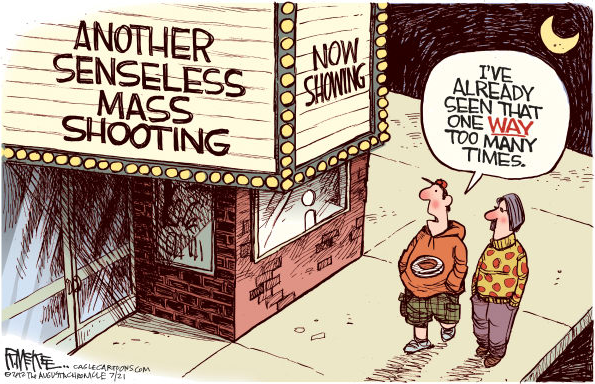 Maybe the rest of the world has to see this as population reduction, self imposed, because they are the only nation on earth with such an obsession with killing, not just at home but all over the world.

That was just February alone, in January 2018 there were 23 mass shootings
See the stats, they are mind boggling. The Gun Violence Archive

For those of us living outside of the USA, all we can do is pray that someday America will discover that human life is more important that the right to bear arms, that is if they don’t blow up the world first, but we all know that they think they have the right to bear arms against anyone anywhere in the world.