Claim made by Warner Naziel (Dini Ze Smogelgem) in Toronto today Feb 15th 2019
Part 1. In 1997, the Wet’suwet’en celebrated a victory in the Supreme Court of Canada in a groundbreaking case known as ‘Delgamuukw v. British Columbia.’ The court affirmed that the Wet’suwet’en have never ceded or surrendered their title to 22,000 square kilometers of land in northern B.C.

Part 2. In the decision, the courts recognized the hereditary chiefs as the rightful decision-makers on their lands.

Part 1.  Yes it was a groundbreaking case for many reasons. Yes the court affirmed that the Wet’suwet’en have never ceded or surrendered their title to 22,000 square kilometers of land in northern B.C. 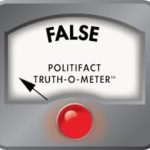 Recently much ado was made about jurisdiction by the Wiset Band Council, Hagwilget, Browman Lake, Nee Tahi Buhn, nothing in this decision precludes those counsels from negotiation on behalf of its members.

It is important to know that one of the primary obstacles to settling land claims is overlap. Other First Nations also claiming the same land. The florescent green is Wet’suwet’en claimed. There are major overlaps in the area of Morice Lake.