When you hear the USA, United Nations, and Amnesty International all ganging up on Duterte, you might think that Duterte ranks among the world’s most violent dictators. All 3 of these who stand in accusation, really cannot duck behind ignorance as an excuse, at very least they are somewhat complicit in having created the drug haven the Philippines has become. 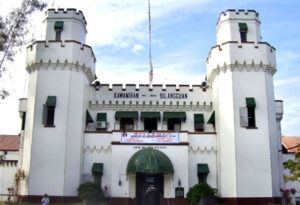 The Hilton Hotel of the drug trade.

It’s time the world spent more time watching those who speak the truth, than those who are out there trying to protect their drug investments in the Philippines.

Thank God, and thanks to modern media sharing we are able to share with you an inside look at what all previous presidents of the Philippines were hiding from its people, still the people knew, they still know, it’s just the idiot journalist abroad who are still trying to re-crucify Jesus.

As one man rightfully said, if Jesus and all the saints showed up as witnesses for Duterte, they would still want to hang Duterte for crimes they never seem to be able to prove he is guilty of.

Watch the video below, thanks to the Discovery Channel and a very brave man for sharing with us the 5 Star Hilton Hotel of the Philippines called The New Bilibid Prison in Muntinlupa, Philippines. The next time the USA or Amnesty International or the United Nations show you videos of how horrific life is in the prisons of the Philippines, you need to watch the following video. If the link goes dead in the future, please let me know and I will upload a copy of the original footage.

Inside the Bilibid Prison before Duterte

One Response to “Duterte Death Squads or Defamation?”