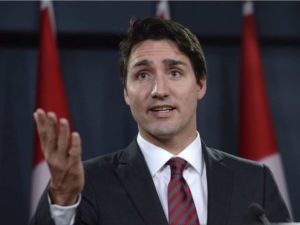 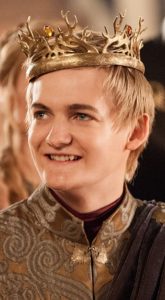 In a most unbelievable twist in the game of thrones Canadian style it now appears the young Trudeau outsmarted, outwitted and outplayed both Harper and Mulcair. Unfortunately he outplayed Canadian voters as well.

Without a doubt Trudeau quickly discovered the power of the social media campaign and that he himself missed the boat when Mulcair signed on to the election reform movement. As the NDP started in the election as top dog, the Liberals had to do something extraordinary to steal the thunder away from the NDP.

Without question it does not take a rocket scientist to know that putting in place a PR System is an end to Canada’s game of thrones. There is no throne in a Proportional Representation voting system, it’s a system that puts the power into the hands of the public, and removes the “winner gets all the power” system that we presently have in the First Past the Post system.

Our broken voting system gave Prime Minister Trudeau 100% of the power with just 39% of the vote! Almost the exact same vote share as Harper in 2011!

An Environics Survey conducted in March, 2013, found 70% support, 18% oppose, “depends” 6%, don’t know 6%. Environics asked “Some people favor bringing in a form of proportional representation. This means that the total number of seats held by each party in Parliament would be roughly equivalent to their percentage of the national popular vote. Would you strongly support, somewhat support, somewhat oppose, or strongly oppose moving towards a system of proportional representation in Canadian elections?”

With Liberals in 3rd place, in the NDP moved into 1st place, if the NDP did honor the commitment to go PR the Liberals might end up never having another “King on the Throne”

So Trudeau did the unthinkable, he committed to PR and that allowed all Canadians to choose between Liberals and NDP as to who would lead them better plus would insure that under the Liberals it would happen even faster, promising this would be the last FPP election.

The eye opener for Trudeau must have been discovering that if the last election would have been under the proportional representation would have reduced the Liberals to a minority and given Mr. Trudeau about 40 per cent of the seats.

However a ranked ballot would have given the Liberals who won a majority despite receiving only 40 per cent of the popular vote an even greater number of seats in Parliament.

Is that not exactly why we wanted to leave the FPP system in the first place, giving more power to fewer Canadians?

And you wonder why Trudeau was suddenly in favor of a Ranked Ballot System in the last few weeks, not that he did not notice he already holds the throne, why give it up? The conservatives are not a threat by any means, the NDP are not doing much better, so why give up the next election, or the one after that if he can hang on to the throne?

“Prime Minister Justin Trudeau is suggesting electoral reform might not happen after all, despite an election promise that last year’s vote would be the last one under the existing system. And he also suggested there’s less need for electoral reform now that the Conservatives are out of power. Trudeau made the comments in an interview with Quebec newspaper Le Devoir. Speaking in French, he said the Liberal government will only change the first-past-the-post system if Canadians are open to it.” (reference)

Now that’s a pretty galling and arrogant statement, maybe it’s time to start working on the next election campaign, or pressure Trudeau to resign for having defrauded Canadians out of a chance to have an honest government. That kind of arrogance does not belong in Canada.